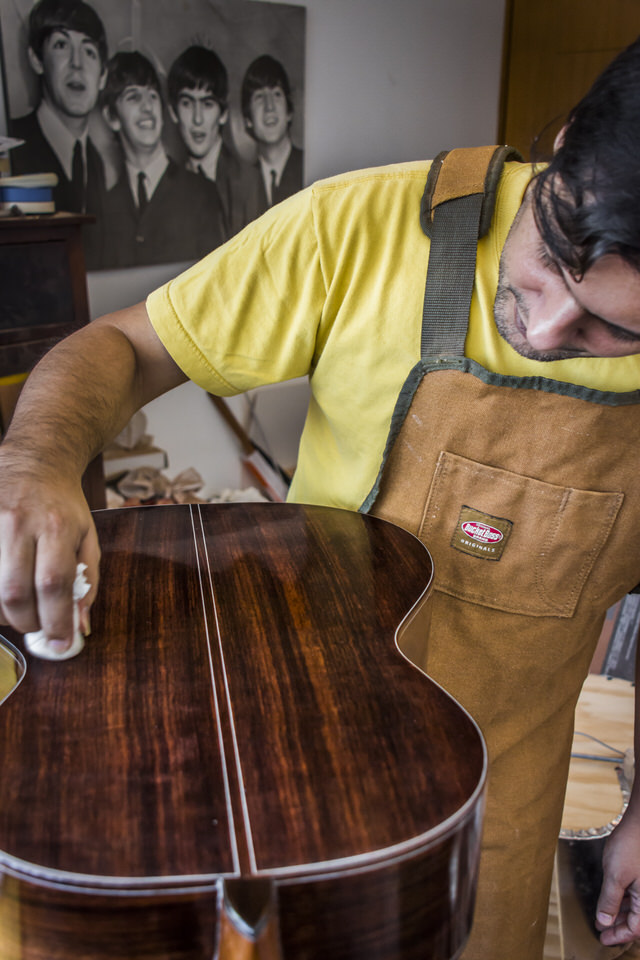 How does a chemical engineer with years of experience in engineering projects end up as a guitar maker?

There are two distinct aspects in my personality that sometimes work against each other. There is one aspect which is very rational and structured, and another aspect which is intuitive, creative, and artistic. If I need to make a career choice to allow both aspects of my personality to work together, what do I do? I became an engineer, but there is not much room for artistic freedom there. I also studied classical guitar for many years, but my rational side kept getting in the way.

As a young guitarist, I was always fascinated by the mysteries of a guitar. As an engineer, I wanted to know how it worked, why it was designed the way it was, and how changes to its construction aspects affected the final result. As an artist, I was captivated by the beauty of the sounds it produced, the aesthetic charm of the instrument itself, and the sheer musicality of the entire package. I studied every guitar I could get my hands on, I listened, I observed. I read everything I could about guitar making. But I never thought I would be able to make a guitar myself.

One day I met luthier Alberto Paredes, who very calmly and matter of factly explained that I could build guitars, I just had to work hard at it. So together with him I built guitars and repaired my first guitars. And suddenly I found that the rational and artistic sides of me were no longer fighting each other, but rather working together to achieve my goals in guitar making. That day I found my calling and I decided that I wanted to dedicate my life to making the best guitars I could.

Since 2014 I have been building guitars in my shop in Cartagena, Colombia, using a combination of traditional and modern methods in order to offer beautiful guitars suited for today's musicians.